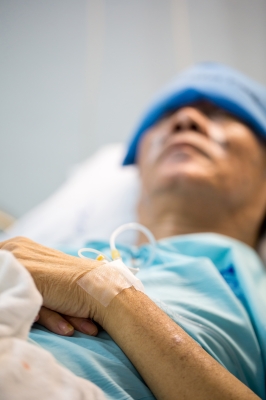 One of the most often over-looked aspects of retirement planning is the burden of elderly care costs. All too often most people assume they will pass on or before the average age of life expectancy. Or sometimes they simply forget that their bodies will be weaker and they will likely require additional funding to cover expenses they don’t deal with currently. Unfortunately, however, the amount of extra money needed for proper elderly care is nothing short of significant.

The following is a select list of the statistics from the Administration on Aging:

• About 485,000 grandparents aged 65 or more had the primary responsibility for their grandchildren who lived with them.

• Social Security constituted 90% or more of the income received by 35% of beneficiaries in 2009 (22% of married couples and 43% of non-married beneficiaries).

• Almost 3.5 million elderly persons (9.0%) were below the poverty level in 2010. This poverty rate is not statistically different from the poverty rate in 2009 (8.9%). During 2011, the U.S. Census Bureau also released a new Supplemental Poverty Measure (SPM) which takes into account regional variations in the livings costs, non-cash benefits received, and non-discretionary expenditures but does not replace the official poverty measure. The SPM shows a poverty level for older persons of 15.9%, an increase of over 75% over the official rate of 9.0% mainly due to medical out-of-pocket expenses.

• About 11% (3.7 million) of older Medicare enrollees received personal care from a paid or unpaid source in 1999.