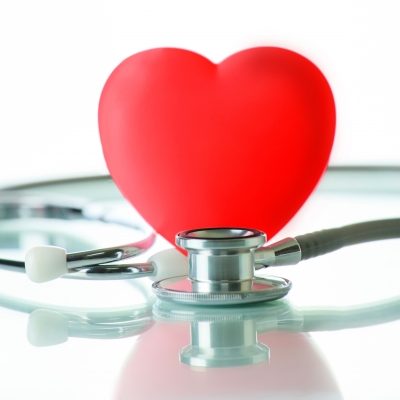 In the UK, as in the United States, there is a fierce and ongoing battle between passionate advocates of what is sometimes known as the welfare state, and the social Darwinists who believe that nearly everybody should make their own way without Government help.

Of course there’s a huge gray area in between those two extremes but nearly everybody has an opinion about the way the Government should or should not be spending money.

For their part politicians and Government bodies are continually vowing to cut down on spending and save taxpayers money, whilst at the same time they are often promising and sometimes providing more benefits.

It’s a never-ending struggle that is fueled by a chronic and willful refusal to admit that we really can’t have it both ways.

Living the good life with the help of the NHS?

The National Health Service (NHS) is always good for a controversy. We have a healthcare delivery system that is the envy of other countries, but that doesn’t stop the NHS from coming under frequent fire. For instance NHS England has faced controversy over “personal health budgets”, a scheme allowing patients and their attending medical professionals to decide how the money from their personal budget should be spent. But some of the budget funds are being spent on clothes, holidays, massages, “alternative” health services and products, horseback riding and even in one case a summer house.

The British Medical Association has said it has genuine reservations about the scheme and what it calls “the inappropriate use of scarce NHS money on non-evidence based therapies”. Dr Richard Vautrey, who is deputy chairman of the Association’s general practitioners’ committee, said that while individuals may find value in a massage or a summer house, “others will understandably start to question why they can’t also have such things paid for by the state – and that will just fuel demand.”

Even so, the BMA’s Dr. Vautrey raises a good point. Measuring quality of life can be difficult because it is such an individual and subjective issue; the items that enhance one person’s life may have negligible effect on another’s. But quality of life appraisals become much more than a matter of individual choice when public money is involved. Considering the fact that there is only so much money to go round it is reasonable to question a Government program funding someone’s summer home or spa day when so many Britons are still going without the essentials such as adequate food or shelter.

Getting your own budget under control

Although voting, advocacy and activism can and do make a difference in the outcome of some issues, it often seems that battling the Government is an exercise in futility. There’s no doubt that the Government spends millions of pounds each year on programmes and projects of negligible value. But just because the Government has been known to handle money irresponsibly, that doesn’t mean you have to follow suit. Fiscal responsibility, like charity, begins at home, and if you get a handle on your own finances your life will almost certainly be easier.

One of the most important things you can do is learn to differentiate between needs and wants, and cut down on as many unnecessary purchases as possible. This doesn’t mean you should live a life of deprivation but simply that you should get your priorities in order. This may involve rethinking your own personal definition of “quality of life”. It may mean cultivating a greater appreciation for intangibles as opposed to material goods. And certainly it means spending wisely and avoiding getting too deeply into debt.

If you do reach a point where you need a loan to make a necessary purchase or to help get you out of a tight spot, carefully research your options so you can decide on the best type of loan and the best lender, one who offers reasonable terms and has a reputation for good customer service. Most importantly, make a commitment to pay back the loan on time rather than rolling it over repeatedly and just adding more interest.

We should be grateful for the safety nets we have in place and for the benefits that are available to UK citizens (a look at the health care fiasco in the United States, even with the Affordable Care Act (Obamacare), should inspire a jolt of gratitude for what we have). Still there’s a lot of room for improvement: better benefits for those who really need them, as well as less wasteful spending. And in the end, a little self-reliance and individual responsibility go a long way towards making up for the things that the Government cannot or will not do.