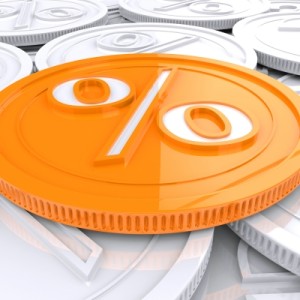 Have you ever wondered why there is so much emphasis on it from such early age? Why we spend so much time with all the numbers, symbols, and equations?

It turns out that as we get older, there is no escaping math. It doesn’t matter whether you’re an artist, engineer, plumber or university teacher – you’ll need to know your way with numbers.

The Dangers of an Interest Rate Swap Agreement:

Suppose you wanted to fund a new project such as buying your own house or starting your own company. But you don’t have sufficient funds to do so. What do you do?

One way is to withdraw money from your 401k in the form of a loan.  But that would cut into your retirement savings efforts, so we don’t want to do that.

Another way to get that money you need would be to borrow it from the bank and make regular fixed payments on the principal and interest. Although that’s what a lot of people thought they were doing, this wasn’t always the case. Unfortunately not all loans are the same.

In the past decade, one of the elements that lead to the great housing default in the U.S. was the fact that people would get an adjustable rate mortgage where the interest rate would fluctuate over time. Although these loans seemed attractive in the beginning, they could quickly balloon into a payment that the borrower was not prepared to handle.

Unfortunately, a great deal of people have been the victims of interest rate swap miss selling in order to counteract this situation. According to Investopedia, an interest rate swap agreement is an agreement between two parties (known as counter-parties) where one stream of future interest payments is exchanged for another based on a specified principal amount. Although they are marketed as products that can help you, like all financial products, you need to use caution (and mathematics) to know what you’re really signing up for.

If you feel as though you’ve been the victim of such a situation, you do have the option to make a legal claim. However, before you do, seek the advice of people who deal with such cases on a daily basis. They’ll be able to provide you with clear information regarding legal aspects and guide you through the entire process.

Getting all the paperwork organized and submitted to a court is not an easy task to be done on your own. In order for a professional negligence claim to be successful, it means that everything has been done properly and the judge has been convinced that you have been neglected by the organization. Again, that means seeking the advice of those who know the system and can steer you in the right direction.