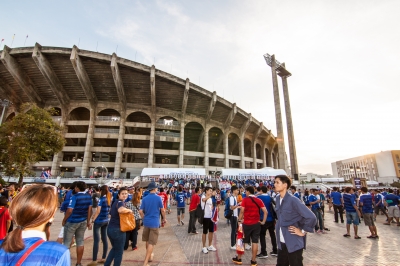 How much money do you spend to be entertained?

You can quantify your experience by calculating something known as the “entertainment per dollar” ratio.

This is the idea that takes the value of the item (or service), divides it by how long you’re into it, and presents a dollar amount for each hour you’re entertained.

An example of this would be a $50 video game that stretches 20 hours thus making the entertainment per dollar at $2.50/hr.

It’s a good way to save money on entertainment for several reasons. The main reason being that you’re hesitant from buying a product or service because the price doesn’t warrant the experience. The other being the utilization in which you’re maximizing your investment.

Areas for Maximizing Entertainment Per Dollar

Entertainment accounts for an average $2,827 in American spending each year (or 5.6% of the median income). To put things into perspective: we spend just 0.3% more towards our healthcare. It’s safe to say that entertainment is a priority.

Think about that number… that seems quite a lot, right? Because it is.

We all need a little entertainment but the problem is that many people do not stretch their entertainment per dollar. They’re spending on entertainment without finding cheaper alternatives.

Not everyone will make sacrifices to give up their preferred sources of entertainment but stick with me because I have alternatives that may just do the convincing.

The Process of Maximization

Remember the goal being to stretch as much of your money to get the most entertainment:

·  TV – Americans watch hours of television every day so already the entertainment/cost ratio is fair. Yet, it can go lower by comparison shopping and find a DirectTV near you. This will give you a good selection of channels with deep pricing discounts.

·  Internet – It’s hard to get around the price of internet access because of the telecom monopolies and limited selections. Though, you could cut the costs by changing your habits such as using tethering as your main connection and asking how much you really need so you’re able to adjust usage. Another option is subscribing to an incredibly cheap service for 4g WIFI through 4GCommunity which costs $168 a year for excellent speeds.

·  Gaming – Forget paying big bucks for video games; use services like Steam, GoG, and Humble Bundle to score incredible discounts on deals during summer and winter sales. Otherwise, explore the options with emulation!

·  Music – Streaming services have basically every album available so there’s no need to buy individual tunes and albums anymore. Spotify, YouTube Red, iHeartRadio, and Prime Music cost less than buying an album for a whole month of service.

·  Sports – This one is a toughie because of blackouts and scalping. Though, if you take the effort then you’ll find ways to save on sports tickets. Secondary markets like StubHub are great for scoring tickets cheaply like when someone needs to bail on going and offload them quick.

Bonus: share your streaming accounts to further cut down the costs.

It’s not a bad thing that we’re spending over 5% of our income towards entertainment. The troublesome part is when we drop money on something that doesn’t have a lasting impression or value. It’s a learning experience though – with the experience comes better choices.

If you’d like to further maximize your entertainment per dollar then consider:

A mix of shopping around, negotiation, sacrifice, patience, and tinkering does wonders for maximizing how much entertainment you’ll get. Don’t just cut back… maximize!